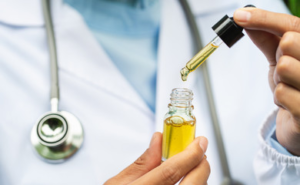 While several states have legalized marijuana use for medical purposes over the past few years, Daniel Fung notes that there have still been instances where the fact that usage is still illegal on a federal level  has led to patients’ materials being seized and the patients themselves being cited or arrested. In the recent election, four states voted to legalize marijuana- Arizona, Montana, New Jersey, and South Dakota. This will likely serve to lower the amount of MMJ and recreational use arrests in these states, but citizens have still had questions regarding what the vote will mean for the future.

Daniel Fung acknowledges that one of the biggest questions people seem to have pertaining to the recent legalization vote is if it means that they can engage in marijuana usage freely and legally at this time. Unfortunately for some that are very excited with the vote, marijuana usage is still technically illegal before supporting legislation is passed that puts marijuana sale, possession, and usage in a legal context. Daniel Fung notes that, as a result, marijuana arrests may continue in states that recently voted for legalization, but leaders have spoken out against it as of this time. For example, Senate President Stephen Sweeney of New Jersey has stated that he believes no one should be arrested and face criminal charges for possession now that the vote has occurred. To this point, he has asked that State Attorney General Gurbir Grewal use his authority to call for marijuana arrests that involve “amounts that would be considered personal use” to cease following the vote. Currently, a bill to decriminalize possession of small amounts of cannabis and to regulate the infrastructure of the new industry has been presented by lawmakers pending approval by the state Assembly and Senate.

Another common point of contention is what legalization will mean for individuals that have already faced MMJ arrests or arrest for recreational usage prior to the vote. Many, including Daniel Fung, believe that arrests should be addressed and that the individuals should be released. From there, however, there are many ways that things could go for those that have faced time for marijuana. One facet of release that experts have discussed is how people with records for marijuana use or possession will be able to secure stable and gainful employment following their release. For this reason, Daniel Fung believes that expungement is a great direction for lawmakers to look towards. In Vermont, lawmakers have worked on a bill that will have those with certain marijuana-related convictions have their convictions reviewed and automatically expunged, and courts will have until the end of next year to clear pertinent criminal records. Legislation such as this example help to alleviate the fears of individuals that believe that those with prior convictions will be left behind as the sector becomes legal and profitable.

Legalization of recreational use better MMJ access marks a notable turning point four our country, but Daniel Fung recognizes that we have a responsibility to ensure that states do right by their citizens throughout the process of creating a legal framework. This means ensuring that marijuana arrests cease, individuals with non-violent marijuana charges are released and their records are expunged, and that a framework exists to ensure that recently released citizens can achieve employment and success.